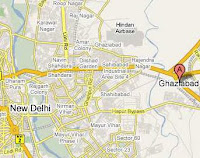 The rapid expansion of peri-urban areas presents opportunities and challenges for urban and rural activities, institutions and sustainability. No longer soley seen in spatial terms, the peri-urban interface is increasingly recognised in terms of dynamic flows of commodities, capital, natural resources, people and pollution. Although often seen as a transition zone, peri-urban areas are expanding rather than
diminishing.

The STEPS Centre’s new project – the peri-urban interface and sustainability of South Asian cities – is based on the expanding fringes of Delhi are indicative of the conditions that a growing proportion of the world’s poor and marginalised citizens will inhabit in decades to come.

The project uses water conflicts as a lens through which to explore the technological and environmental sustainability challenges in peri-urban areas. A full-length overview of the project and a one-page flyer, as well as lots more information is available on the STEPS website.

And you can read what the UNFPA’s latest thinking on peri-urbanisation in its 2007 state of the world population report, entitled Unleasing the Potential of Urban Growth.

The report said: “While the world’s urban population grew very rapidly (from 220 million to 2.8 billion) over the 20th century, the next few decades will see an unprecedented scale of urban growth in the developing world. This will be particularly notable in Africa and Asia where the urban population will double between 2000 and 2030: That is, the accumulated urban growth of these two regions during the whole span of history will be duplicated in a single generation. By 2030, the towns and cities of the developing world will make up 80 per cent of urban humanity.”