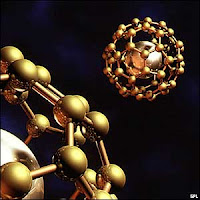 A recent report by the UK Royal Commission on Environmental Pollution (RCEP) on nanomaterials – reported extensively in the media – illustrates the challenges of governing innovation in emergent technologies.

The RCEP recommend a system of adaptive innovation governance for dealing with the uncertain consequences of nanomaterial innovation and other emerging technologies. This raises some difficult issues, discussed below, about the relationship between adaptability and path dependency in innovation, and about the institutions, processes and tools for guiding the direction of innovation.

It is common to see three broad classes of technology in the national science, technology and innovation strategies of many countries, whether developed or developing: information and communication technologies, biotechnologies, and nanotechnologies.

However, the governance of these innovation endeavours is incomplete unless promotional policies are accompanied by regulatory initiatives to ensure the safe and sustainable development of these new technologies.

Too often, these two faces to innovation governance are considered separately and sequentially, which tends to build extra conflict into governance arrangements. But integrating the promotional and regulatory aspects of innovation is far from straightforward. The RCEP report illustrates and grapples with some of the challenges.

Members of the STEPS Centre – Paul Nightingale and ourselves – with Ismael Rafols and Molly Morgan from SPRU, were commissioned by the RCEP to provide a background report (and shorter paper) on the innovation of nanomaterials and their governance. Here, two members two of us of that team reflect on the RCEP’s recommendations.

For even the wealthiest countries, let alone resource poor nations, the creation of sufficient regulatory capacity to manage emergent technologies such as nanomaterials poses an enormous challenge.

As highlighted by the RCEP report, innovation in nanomaterials is running far ahead of issues surrounding those innovations: ahead of the creation of regulatory institutions and legal controls, public knowledge of their industrial uses and, the ability to detect and monitor the presence and pathways of nanomaterials in the environment; ahead of, the development of test protocols and, the training of scientific staff; , and even ahead of a basic understanding of the intrinsic hazard properties of nanomaterials, and of their behaviour in organisms and the environment and potential risks.

But the challenge is more severe than one of regulatory capacity per se. As the RCEP recognise, we typically lack knowledge about the kinds of technological pathways that innovation will give rise to, and for any such pathways, the likely impacts positive as well as negative, and social and political as well as physical.

Such pathways, however, have a strong tendency to lock in, as material investments, infrastructure, institutional commitments, and consumer habits develop around that technological pathway, all. This happens well before our understanding of the environmental, human health, and broader social impacts are anything like satisfactory.

Thus, in the early stages of a technology we don’t know enough to establish the most appropriate controls for managing it. But if problems subsequently arise, the technology is usually too entrenched to be changed without major disruptions.

The proposed solution to this control dilemma is to move from a system of ‘governance of risk’ to ‘governance of innovation’. That is, governance efforts need to extend beyond the issues of risk and risk management to include questions about the direction, application and control of innovation.

Furthermore, innovation governance has to rely on adaptive management systems. The RCEP say, ‘Such a regime, while encouraging appropriate innovation, would seek to avoid technological inflexibility, would be vigilant, and would be capable of intervening selectively but decisively when developments threatened humans or the non-human environment.’

These recommendations are laudable but they raise at least two difficult issues.

Adaptive management implies an experimental approach to technology development and diffusion. A prerequisite is that the technologies developed are flexible enough to be withdrawn, should problems arise, but without leaving too many stranded investments as a result. Stranded assets dent business confidence in the technology, and make future investment harder to achieve. Indeed, a generation of innovation studies has recognised how many technologies generate path dependencies that make reversibility difficult to attain.

The creation of path dependence is often an ingredient in the success of a technology, as more and more commitments build around the technology, thereby making it indispensable. The question with nanomaterials and other emergent technologies is whether innovation governance can guide their development and use in ways that do permit their deployment in monitored ways, and that hold open the possibility of their withdrawal.

The RCEP propose several indicators of inflexibility that, if present, suggest we should be cautious in committing ourselves to adoption of a technological development. Those indicators are: long lead times from idea to application; capital intensity (such as investment in large plant and costly equipment); large scale of production units; major infrastructure requirements; closure or resistance to criticism; exaggerated claims about performance and benefits; hubris; and irreversibility, in the form of widespread and uncontrolled release of substances into the environment.

We share these aspirations, but a crucial question this raises is how many potential technological pathways are free of these qualities? With the exception of the ‘widespread and uncontrolled release of substances into the environment’ indicator, are the remainder not inherent features of successful technologies and successful technological sectors? Empirical research is needed into the relative flexibilities of technologies, and into the contexts that make some forms more flexible than others.

Institutions, processes and tools for guiding the direction of innovation

If development trajectories are recognized as inherently uncertain, in terms of potential risks, then might a reasonable response be to commit only to technological pathways that promise to deliver broad social benefits, rather than just sectional economic interests?

Importantly, the RCEP stress that the results of a deliberative forum should directly inform government thinking and policy. We certainly share this aspiration but wish to ask what government might do in response to the outputs of a deliberative forum? Presumably, those outputs might suggest that certain kinds of technological developments should be encouraged and others discouraged. But what policy levers are available, and how would they work?

In most countries promotional policies are concerned not with picking ‘winners’, or halting ‘losers’, but with general improvements in research infrastructure, and in research and industrial capacity-building. The aim is to increase the overall rate of innovation, rather than encourage and discourage particular directions of innovation.

Yet many kinds of policy lever might be utilised to direct innovation: funding of targeted research; training of scientific and engineering staff in specific skills and applications; investment in procurement, support for specific technological niches; facilitating supplier-firm user interactions; creating favourable regulatory environments; and developing fiscal policies. Another would be the promotion of ‘softer’ measures that contribute to a climate of opinion within relevant industrial sectors over which directions for commercial exploitation are deemed appropriate and socially legitimate, and which directions are not.

Innovation governance under this adaptive view has to think of forms of innovation that can transcend or manage path dependency issues, and that can be steered towards socially desirable ends. This is an agenda that STEPS and others are working towards.