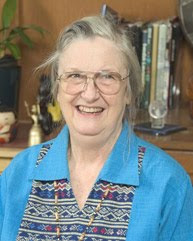 By Lyla Mehta and Melissa Leach

The Prize has been awarded for her analysis of economic governance, especially of resources held as commons, and we are pleased to see public recognition for these ‘non-mainstream’ economics perspectives.

The Royal Swedish Academy of Sciences has awarded the economics prize not only to the first woman, but also flagged the importance of cooperation and collective action to safeguard the local and global commons, something urgently required by our planet currently in peril.

Elinor Ostrom has provided transdisciplinary perspectives in the study of institutions and co-operative resource management. Her groundbreaking work on Common Property Resource (CPR) theory has been built up from field studies with communities in Africa and Asia. It takes its theoretical grounding from game theory – looking at collective action dilemmas and focusing on the ways in which institutions or rules can be purposively crafted to produce collective action. It has been central in establishing the significance of local institutions in resource management.

The importance of Elinor Ostrom’s work

Refuting Hardin’s (1968) pessimistic ‘tragedy of the commons’, her publications have highlighted a variety of conditions under which collective action in resource management operates effectively, such as clear resource boundaries and relative socio-economic homogeneity among users – sometimes presented as ‘design principles’. Through the meticulous study of local institutional arrangements in irrigation management, rangelands, fisheries, forests and other CPR regimes around the world, Ostrom and her collaborators at the Workshop in Political Theory and Policy Analysis at Indiana University have shown us that CPR management neither has to be private nor state driven to be successful. The importance of this analysis in refuting Malthusian and neo-Malthusian thinking about overpopulation, Hobbesian anarchy and resource scarcity has been tremendous, and the credit for this must largely go to Elinor Ostrom. Her work has inspired generations of researchers and students to value and explore local institutional responses to environmental challenges, while giving theoretical underpinning to policy approaches in community-based sustainable development.

The challenges from Elinor Ostrom’s work

Despite her training as a political scientist, Elinor Ostrom draws on the tenets of new institutional economics. Her work is underpinned by economistic perspectives on human behaviour and the notion of a universally rational, self-interested actor. Her approach and messages about the advantages of community control – together with the broader CPR work she has pioneered – have inspired key strands of work within the Knowledge, Technology and Society team (KNOTS) at IDS, but her perspectives also raise challenges which we have sought to address.

The KNOTS Team is working to understand and influence the institutions and power-knowledge relationships that link technology, ecology and society – connecting global debates with local realities through interdisciplinary research, networks and partnerships. Institutional arrangements for natural resource management have been a key concern, drawing on field research on water, rangelands, forests, biodiversity and agricultural livelihoods. Our approaches, bringing together disciplines such as anthropology, sociology, ecology and science and technology studies, complement the CPR literature in exploring how questions of knowledge, power, culture and history shape resource governance. We have also been particularly interested in the implications of dynamic and uncertain contexts for natural resource management.

By not paying enough attention to the nuances of community dynamics, CPR work has often underplayed questions of social difference and the diverse – and sometimes conflicting – interests of resource users. In addition the focus on collective action has tended to direct attention away from the fact that, while institutions can enhance co-operation, they can also be beset with conflict, factional divisions and power politics. The design principles, while very useful, can also appear to be a ‘blueprint’ for collective action, something that risks ignoring uncertainty and unpredictability, both in terms of human action and in the ecological world.

Elinor Ostrom’s recent work has attempted to engage more fully with some of these issues, moving away from the early rigid approach to design principles and embracing questions about the learning and resilience needed for successful collective action in today’s rapidly changing societies and environments. We look forward to continued fruitful and challenging debate with her and her colleagues, looking across disciplines and perspectives. Notwithstanding these issues, there is much reason to be pleased with the Nobel committee’s decision. The planet urgently needs cooperation, not conflict, in resolving compelling issues such as water shortages and climate change, and in safeguarding our common heritage. Elinor Ostom’s work provides us with the optimism and assurance that this is possible.

Lyla Mehta is a Research Fellow at IDS with the KNOTS team and Professor II at Noragric, Department of International Environment and Development Studies, Norwegian University of Life Sciences.

Melissa Leach is a Professorial Fellow at IDS and Team leader of KNOTS; she also directs the ESRC STEPS (Social, Technological and Environmental Pathways to Sustainability) Centre.