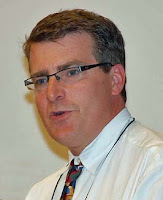 Read a short version of this piece, published in The Guardian.

The back-story of the swine flu outbreak is gradually seeping out. There are some vitally important lessons that can be learned. Here I outline five:

A favourite media narrative in the face of a potential pandemic is the estimation of potential human mortalities. Huge numbers are bandied around, based on highly suspect data and assumptions. While the scientists concerned cover their articles with footnoted qualifications, these are stripped out for the media sound-bite. The result is often wild speculation and potential panic. The counter move is to keep quiet, cover up and assure the populace. Neither approach helps, as actually we don’t know what will happen, when and to whom. This acceptance of uncertainty and ignorance in a public debate is tough. But is also vital. Otherwise inappropriate public policy arises and misguided signals are given.

Preparing for a pandemic means preparing for surprises – and being ready to respond rapidly and flexibly under conditions of uncertainty requires a new set of skills, bureaucratic routines and incentive systems in the large public agencies charged with protecting the world from emerging infectious diseases.

Beyond a broader recognition of uncertainty and ignorance – features not easily captured in simple epidemiological modelling exercises or simple response plans – there is the need to improve overall system reliability. As Emery Roe and Paul Schulman argue in their recent book ‘High Reliability Management’, reliability must be a feature of any system operating in a complex, uncertain world. This requires, they argue, high reliability professionals who can track between local understandings of particular situations and unfolding scenarios and the macro situation.

These professionals are currently absent from the international effort – creating a missing middle, a vacuum at the heart of the response. In response to swine flu, these would be the people who would make sense of what was happening on the ground where the first outbreaks were spotted (the broader policy, liaising between agencies and across scales. This vital role is absent because authoritative knowledge, often codified in simple models and plans which do not accept uncertainty, ignorance or complexity, is created only at the top through particular types of accepted expertise. The problem, as the swine flu outbreaks are showing vividly, is that this is not enough.

2. Health inequalities and preparing for a pandemic

In a potentially global pandemic situation, it is all well and good offering a global assessment based on global statistics, but in reality major structural inequalities will affect the likely outcomes of rapid disease spread. We don’t know why so many more people have died in Mexico from swine flu than anywhere else. This may have a complex medical, virological cause. But it also may be to do with access to health care and effectiveness of response.

In the UK there is much brash talk of how we are ‘the best prepared’ country in the world. But being prepared means having resources – stockpiles of drugs, an effective surveillance system and a functioning national health system, for example. But in many places such conditions do not exist – and other diseases affect people’s health status and ability to resist new viruses. Poverty and inequality play a big part in the dynamics of diseases, and the highly differentiated social dimensions of disease control efforts should not be forgotten in the rush to construct a global public response to a potential pandemic.

Over the last few years, in response to avian influenza, there has been much emphasis on pandemic preparedness planning. According to the UN and the World Bank, there have been around 120 national plans produced, alongside numerous organisation-specific efforts in the UN, government departments and private businesses. Simulations have been developed, stockpiles of drugs secured and often highly detailed plans for response elaborated. It is on this basis that Alan Johnson, UK Health Minister, proudly asserts that Britain is ready.

But again this picture is not universal. Even among those countries which have spent time and money on preparing a national plan, there are huge variations. Some have been cut and pasted from standard templates and never done any rehearsals; others are so absurdly unrealistic that they could never be implemented. And beyond national plans, there are many, many organisations around the world – both public and private – that do not have a pandemic preparedness plan and would be caught unawares if something happened fast.

The swine flu story is showing how poor surveillance and reporting systems can mean an outbreak can soon get out of control and spread across the world. While diplomatic niceties prevent much criticism of the Mexican authorities, it is clear that there were big gaps in detection and reporting over the last months – dating back to February.

But it is also apparent that local people knew of the disease, and have some strong hypotheses about its origins. Anselma Amador from La Gloria, the village where the first known case of swine flu occurred commented to the Guardian newspaper: “We are not doctors, but it is hard for us not to think the pig farms around here don’t have something to do with it….The flu has pig material in it and we are humans, not pigs.” A large, industrial pig farm, owned by multinational company Smithfield Foods, is blamed. According to the Guardian, residents in La Gloria say the prevailing wind invariably blows the fetid air their way, where it gets stuck because of the hills that rise just behind the village.

These explanations are dismissed out of hand by the health minister and the company, but why are such leads not being tested and followed up? And why, perhaps more importantly, are such early-warning approaches, based on local knowledge about disease incidence and its dynamics, not part of the standard surveillance system. Why is such knowledge of the ‘not doctors’ so easily dismissed?

The lessons from the avian influenza outbreaks in south-east Asia and beyond point to the vital importance of local understandings of disease and its spread, as well as the significance of engaging with the ‘cultural logics’ of local people in its control. Medical doctors, epidemiologists, virologists, veterinarians and other specialists need to work hand-in-hand with local people in order for surveillance to be effective.

4. Naming, labelling and the politics of international organisations.

A fascinating debate has emerged about the naming of ‘swine flu’. This reveals much about the politics of a disease. An Israeli health minister has objected, so have a number of muslim groups on religious grounds. The World Animal Health Organisation, the OIE, has also argued that the flu should be relabelled ‘North American Influenza’, as the virus had not been isolated in animals, “no current information on influenza like animal disease…could support a link between human cases and possible animal cases including swine”.

While religious sensibilities might be understandable, the position of the OIE needs a bit more probing. Why has the veterinary establishment only belatedly engaged with the swine flu outbreaks, and why? Only on the 27th of April did the Chief Veterinarian of the FAO, Joseph Domenech, issue a statement, with experts dispatched to explore the links between the outbreaks of influenza in humans and animals. Domenech still insisted that “there is no evidence of a threat to the food chain; at this stage it is a human crisis and not an animal crisis.” The vets, it seems, have tried to distance themselves from the swine flu outbreaks: “this is a public health issue, animals have not (yet) been implicated” goes the storyline.

But what does this tell us about a coordinated international response? The integration of animal and human health efforts as part of the international avian influenza response has been much celebrated – and highlighted by the snazzy slogan ‘One World, One Health’ proclaimed by Bernard Vallat, the director general of the OIE, in a comment piece on the front page of their website as the way forward. But underlying the rhetoric, organisational competition and politics has handicapped many efforts, particularly at national level. As studies of the avian influenza response from across southeast Asia show, human and animal health efforts were often (although with some notable exceptions) poorly coordinated, lacking coherence and effectiveness.

The OIE is a membership organisation made up of Chief Veterinary Officers from around the world. As the WTO-recognised body dealing with trade in animals and their products, it has enormous influence on – and is enormously influenced by – the international livestock and meat trade. Pressures not to declare an animal disease outbreak can be immense, and slow reporting and a commitment to facilitating certain types of trade, for certain countries and certain business interests may sometimes be part of the political economy of decision-making. Who knows whether the reluctance of the veterinary authorities – in Mexico and internationally – to engage with the swine flu outbreak fulsomely is an indication of this.

5. The political economy of agriculture – and the impacts on global health.

A strong lesson from the avian influenza experience is that attention to the changing structure of the livestock industry is essential to understanding how diseases emerge and spread. While it is easy to blame big agribusiness and industrial farming techniques, it is often more complex than this. The rapid growth of industrial poultry production – particularly medium-sized units with poor bio-security – which is linked to informal trade patterns and unregulated marketing and located near fast-growing urban centres creates new health hazards, including the risk of outbreaks.

While the so-called ‘livestock revolution’ is much celebrated as a source of economic growth in the developing world, the rapid restructuring of the livestock sector has brought many downsides. Local back-yard production of poultry or pigs can be replaced by poorly regulated industrial units aimed at maximising returns but with little attention to safety, animal welfare, disease control or environmental pollution. Investors in such enterprises are often well connected in national political circles and are sometimes backed by internationally powerful individuals and companies who can pull the strings when needed.

This changing political economy of agriculture has major implications for how industries are regulated and diseases are managed. Poor reporting and lack of transparency often surrounds such businesses – public veterinarians may never get past the well-guarded fences, and whistle-blowing by employees (of companies or public services) is rigorously clamped down on. Independence, transparency and effective and timely information flows is essential for international efforts to control emerging diseases. Given the changing political economy of agriculture, this may be a call too far. As the details begin to emerge on the swine flu outbreaks, a more comprehensive assessment of the political economy of agriculture – and the pig industry in particular – in Mexico will be essential in learning lessons for the future.