The future is increasingly urban. Urbanisation is increasing at the rate of 60 percent by 2030. Alongside this rapid expansion comes the emergence of the peri-urban interface: the increasing intensification and co existence of urban/rural linkages, marked by dynamic flows of commodities, capital, natural resources, people and pollution. 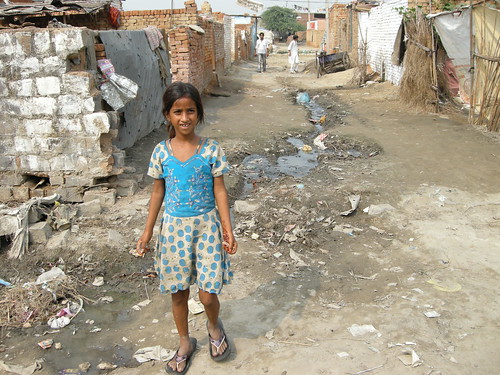 Street in Ghaziabad, from the Flickr set “STEPS Peri-urban project”

The rapid expansion of peri-urban areas presents both opportunities and enormous challenges for urban and rural sustainability. Conflicts over land, water and tenure emerge: polluting industries, waste disposal, mining, construction and large scale cash crops all jockey for position with small scale agriculture and common lands. This rapidly changing environment poses enormous challenges for the health and livelihoods of an increasing number of disenfranchised, poor and marginalised citizens who often lack access to basic health, water and sanitation services. The changes in the peri-urban environment also raise larger questions about urban and peri urban sustainability.

Despite an increased awareness of peri-urban issues and a growing research presence, there is still little insight into the management approaches that will tackle poverty alleviation and social justice alongside environmental integrity, and draw synergy from urban and rural relationships. However, since 2008 the STEPS Centre, along with Indian partners Sarai and Amitabh Kundu from Jawaharlal Nehru University, New Delhi) has been involved in collaborative research on peri-urban localities in Delhi and neighbouring Ghaziabad.

A workshop in Delhi, held on 8 February 2010, presented the fruits of this collaborative research to government officials, academics, non-government organisations, independent researchers and activists. 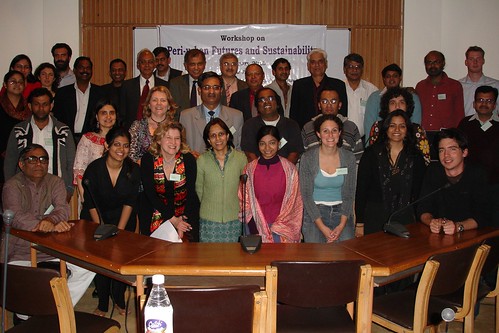 Presentations highlighted the contested nature of the peri-urban interface; conflicting administrative, jurisdictional and governance arrangements; tensions between legality and illegality; and how poor and marginalised people are totally bypassed by dominant urban and peri-urban planning. Drawing on research conducted in agricultural villages, unauthorised colonies, slums and in middle and upper middle class localities – and using water as a lens of enquiry – the presentations focussed on the multiple modes of water supply and access, and the ways in which informal and formal systems of water provision co exist, especially for the poor.

For example, in the absence of formal waste disposal, local systems to deal with waste (eg Johads) have emerged. But these are now threatened due to commercial developments and land grabs by the powerful. Villagers adopt traditional methods of irrigation by using domestic waste water.

At the workshop, we also talked about how the official water system in the peri-urban interface in Ghaziabad was shaped by several city, state and national level government agencies who did not work together. In an area of increasing air and water pollution (recently, polluting industries from Delhi have moved in), water quality has emerged as a major issue.

So who’s in charge? The regional office of Uttar Pradesh Pollution Control Board deals with the water and air pollution related issues. The Central Ground Water Board monitors the ground water resources of the region. The Bureau of Indian Standards sets the national standards of drinking water quality. Even though these agencies deal with the different aspects of water such as access, quality and pollution, there is either minimal or negligible interaction between them.

Whilst existing initiatives focus on the issues of equity of water supply, the issues of how water is actually used by poor and marginalised communities, the coping strategies that they develop to deal with essential daily water requirements, and the implications of these, are still largely overlooked. For example, local dwellers do not distinguish between supply and quality issues: bureaucratic and institutional responses separate them. This affects the lives and livelihoods of the poor and marginalized, who bear the costs of polluted water through negative impacts on their health. Residents in so-called “unauthorised colonies” completely lack any official provision. They cross high speed railway lines to access water and often pay for water with their lives. Speakers at the workshop argued for the need to re-conceptualise notions of risk, quality, waste and flows in dynamic peri-urban localities and for the need to look at the peri-urban as a process that lies beyond geographical boundaries.

Discussions on water supply in National Capital Territory Delhi (NCTD) focused on debates concerning water pricing. While some argued for a price slab in accordance with usage, others argued that water pricing would not solve the problem of access of water for poor. Providing water to the poor is not a matter of water pricing: it’s a matter of political will. The present inequity in the distribution of water can only be overcome by curtailing and regulating the excess supply of water in the elite areas.

Existing decision-making bodies are closed forums and are framed narrowly: they do not take on board the needs and interests of poor and marginalised peri-urban dwellers. Participants argued for the need to democratise the existing forms of decision-making, so that a range of stakeholders (especially those who lack voice and visibility) can be involved in framing planning and policy processes. Specific opportunities for “entry points” into these debates and processes were considered.

Overall, the workshop successfully built on policy dialogues over the past two years to take forward the debate on environmental integrity and social justice, in the context of the peri-urban interface in Delhi, with lessons for India and beyond.

The authors are members of the STEPS Centre.