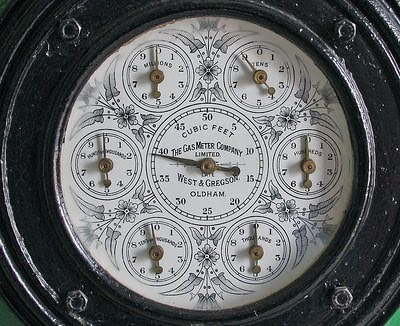 How does a new way of doing things – say, fair trade, or community energy production – get a foothold? How does it avoid being overwhelmed or crushed by the dominant, existing system? What are the conditions that can help it or prevent it from flourishing?

The study of “sustainability transitions” aims to answer these questions. Sometimes, transitions happen on a massive scale – for example, with the “green revolution” in the 1940s-1970s – and usually with mixed results. Often, however, the dominant system can stifle the emergence of radically novel technologies or practices, so that even good ideas find it hard to gain traction.

For those wanting to promote more sustainable pathways, it’s important to understand how transitions can be nurtured when they’re at a small, vulnerable stage. Transitions thinking talks about supportive spaces (“niches”) where a new practice or technology can develop, sheltered from hostile structures or market forces. Once it has had chance to grow, it can start to move outside the niche and interact and compete more successfully with existing systems.

From fossil fuel to alternative power

An example of a dominant system and a possible transformation is in the area of energy. The dominant model of energy generation and use is currently being challenged by social pressure to reduce climate change, as well as fears over the security of energy supply. The assumption that development can continue to be powered by large fossil-fuel plants, for instance, is increasingly challenged by a variety of alternatives and their advocates. Whether it is nuclear energy, solar power, or managing patterns of demand, there is an increasing amount of political and material support for alternative pathways.

There are parallels to this picture in many development domains. What is needed is more analysis of the interactions and co-existence of plural pathways, and how each is affected differently by the others and the incumbent regimes of provision which they are all trying to displace.

What are niche spaces for?

As researchers, we are interested in the idea of ‘niche spaces’ that allow pathways to materialise and gain momentum through practical experimentation in the real world. Niche spaces are opened-up through networking processes amongst initiatives, which establish and foster alternative pathways.

What can this kind of networking do? Well, it allows people to share lessons – for example, about the development of viable off-grid electricity projects in diverse development settings. But while sharing lessons is a good thing – for example, it’s undoubtedly an important area for learning-based development approaches and ideas for strategic niche management – on its own, lesson-sharing is somewhat limited and limiting. So, in addition, we are interested in how the networking that goes on in niche spaces cultivates shared identities, solidarities and mutual interests, which help mobilise demands for changes to wider institutions and social structures – changes that would enable niche practices to diffuse, scale-up and translate into much wider practices. This might happen through new institutions, or transformed markets, or through links with social movements, or through a re-thinking and re-design of large-scale development assistance programmes.

There is an emerging agenda for rethinking the roles of bottom-up and alternative social, technological and environmental development initiatives in the construction and realisation of sustainability pathways. The STEPS Centre plans to develop a ‘transitions’ cluster of projects that address this agenda as part of its second phase of work (how we do this depends on some funding decisions happening later this year).

Meanwhile, we continue to engage through a variety of projects and processes that include the following:

As we do more work on transitions, we’re looking forward to developing a number of exciting new projects and partnerships as part of the STEPS Centre’s ‘transitions’ research cluster. It would be great to hear from others doing similar work.