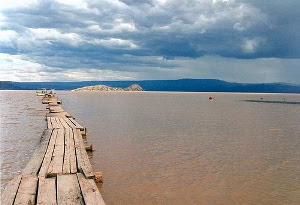 Large-scale land acquisitions for agricultural investment, popularly known as ‘land grabbing’, have recently attracted headline attention.  But the implications of these land grabs for water resources have stayed out of the spotlight until now.

A special issue of the journal Water Alternatives, with a focus on water grabbing, contains 14 new articles which draw on case studies from around the globe, including Sub-Saharan Africa. One of the editors is Lyla Mehta, who convenes the STEPS Centre’s Water & Sanitation domain.

By drawing on notions of ‘marginal’ and ‘unproductive’ lands, powerful transnational and national actors have moved into large-scale agriculture all around the world to take advantage of potential windfall gains in sub-sectors such as food, biofuels, ‘flex crops’ and other major commodities. However, the implications for existing water resources (both surface water and groundwater) have largely remained ignored.

Water is both a target and driver of the global rush to acquire land. In many cases, land grabbing may be motivated by the desire to capture water resources, but many land deal contracts do not explicitly mention water requirements. Also the land subjected to new transactions is rarely ‘marginal’ but either already used by small and large scale producers, or of prime quality and associated with irrigation facilities, or with the potential for acquiring freshwater from river systems or aquifers.

The collection of articles in this Water Alternatives issue moves away from the almost exclusive focus on agriculture-driven resource grabbing, arguing that today’s water grabbing can be seen in relation to a much wider range of activity that spans the food, water, energy, climate and mineral domains.

It also moves away from the Africa-driven focus on foreign direct investment as often portrayed in the media. The collection comprises 14 original articles that provide rich and diverse accounts of the processes, experiences and impacts of water grabbing in sub-Saharan Africa, South and South-East Asia, North Africa, Latin America and the Middle East.

This special issue was produced with financial support from our partners, the Future Agricultures Consortium. It was presented at the Critical Agrarian Studies Colloquium on Land Grabbing in June 2012.

Another aspect of the land grabs debate focuses on ‘Green grabbing’, the appropriation of land and resources for environmental ends.

STEPS Centre researchers have been involved in a special issue of the Journal of Peasant Studies, which draws new theorisation together with 17 cases from African, Asian and Latin American settings.