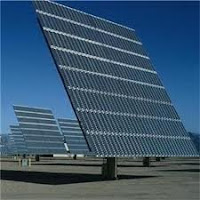 Friday 13th; unlucky for some. But for a new initiative launching today, we hope the old proverb is wrong and the date will prove auspicious. The Low Carbon Energy for Development Network (LCEDN) – being unveiled in London today – aims to help developing countries move towards low-carbon economies.

The idea behind the network is a bit like a dating game: There are a bunch of people with similar interests, namely research on low-carbon development. Until now there has not been an arena where these people can meet and promote their passion. It is hoped that the LCEDN will be a meeting place to enable collective action and cooperation on energy for development research.

There have traditionally been limited connections between research communities working on this issue, according to the LCEDN. The organisation says there are increasingly urgent issues around energy services in developing nations but a lack of coherence between research and policy agendas.

Thus it is hoped that academics, practitioners, policy-makers and private sector organisations will use the network to find out how new technologies can be used in in different developing economies to create of low carbon energy, aiding the transition to low carbon economies, as well as helping to tackle the chronic problem of energy poverty.

Other areas of work will include reviewing the existing evidence base and current energy/development research in the UK, developing a directory of research expertise and capabilities for policy-makers and practitioners and rapid evidence reviews of specific technologies, particular countries and emerging themes where there is a current policy and research need.

“This is another opportunity for the UK in low carbon energy development. There is a lot the UK can offer and the network could be the first step in doing this,” said Professor Richard Davies, Director of Durham Energy Institute (DEI), in the network’s press release.

“It will allow us to meet and work closely with colleagues elsewhere in the world, to understand their priorities and how they are driving their developing economies forward, feeding from each other’s expertise,” Prof. Davies added.

The network is led by DEI and the Midlands Energy Consortium (comprising Loughborough, Birmingham, and Nottingham universities). Three other academic research centres – SPRU Science and Technology Policy Research at the University of Sussex, the Energy Futures Lab at Imperial College, the UK Energy Research Centre (UKERC) are part of the network.

The STEPS Centre – which is based at SPRU and IDS – is also researching low-carbon development issues, headed up by SPRU research fellow and STEPS energy domain convenor Rob Byrne, who also sits on the LCEDN committee.

Rob and other STEPS colleagues, have recently published a Working Paper and briefing looking at pathways to low-carbon development. Both are available for free download on the STEPS website.

The Low Carbon Energy for Development Network (LCEDN), is funded with a £100k grant from the Department of Energy and Climate Change (DECC).