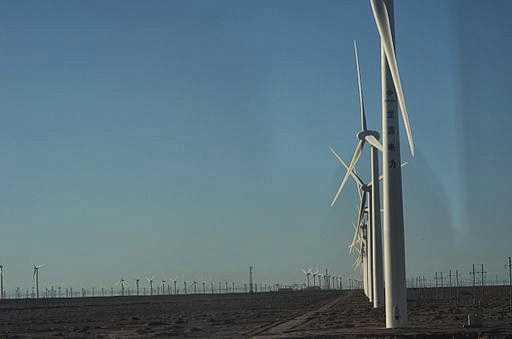 On the sidelines of the World Cup in Brazil this year, another competition will be the subject of conversation amongst the delegations attending this year’s BRICS summit, also in Brazil.  Which of the ‘rising powers’ is winning the ‘clean energy race’?

The sixth summit meeting of the group known as the ‘BRICS’ (Brazil, Russia, India, China and South Africa)  was recently postponed from March to July, which will have seen the culmination of a month of football, with the world’s eyes on Brazil.

The host nation chose Fuleco (a portmanteau of the words “Futebol” – football – and “Ecologia”) as the name of the tournament’s mascot.  And ecological harmony is one of the messages that Brazil wants to present to the world.  In line with its leadership at the Rio+20 conference last year, the country is now advocating more inclusive and environmentally-sustainable development.

And Brazil is not alone.

The clean energy race – who is investing more and innovating faster?

Countries across the OECD and the other BRICS are also dedicating significant resources and policy effort to eco-innovation and the transition to a green economy.  This includes a move towards forms of energy generation that emit less carbon dioxide. In the green economy, countries theoretically compete on the basis of cheap, clean, low-carbon energy that drives low-impact industrial processes.

The Pew Charitable Trusts, a US-based non-profit research and public policy organisation, recently released an interesting factsheet advocating greater investment in this area (PDF) by the federal government.  It argues that in comparison to competitors such as South Korea, Japan, the UK and Germany, the USA is investing a lower proportion of GDP on clean energy R&D.
Previous Pew reports have issued similar warnings, looking more broadly to investment across the G20. In 2012, Pew pointed to rapidly increasing investment in India, and, in 2013, China was reported to have assumed the leading global position as ‘epicenter of clean energy finance’.

BRICS leading the way on both global competitiveness and social experimentation

The focus is on the scale of expenditures on high-tech, capital-intensive approaches to low-carbon energy provision such as solar photovoltaic/ smart grid combinations and large-scale wind power, where intellectual property is a key driver of investment.
Chinese firms made up three of the top five solar photovoltaic (PV) manufacturers in a 2013 survey (PDF).

The top turbine manufacturers in India (Suzlon) and China (Goldwind) now compete as leaders in the emerging wind sector.  These are fast-becoming the dominant trajectories of energy innovation, creating new leaders in the field and challenging the USA as the incumbent energy power.  Innovation of this kind can be seen as an important contribution from the BRICS towards a ‘green economy’.

But beyond these dominant trajectories, BRICS countries are also experimenting with energy technologies that receive less attention by incumbent energy powers.  The scale of hydropower in China (now a global leader) is – with wind – reducing its otherwise overwhelming dependence on coal, and two of the world’s three 10GW+ hydroelectricity plants involve BRICS countries.

Likewise, Brazil’s focus on low ‘net carbon’ sugar cane bioethanol (notwithstanding social problems associated with its production) presents an alternative to petroleum, the dominant energy source in transport.Away from these high-tech solutions, other approaches to a green economy are also flourishing.  These may not entail the same levels of financial investment or bring similar opportunities for intellectual property licensing fees.  But they serve other goals such as social inclusion and poverty alleviation that are high on the political agenda across many of the BRICS. They include:

The BRICS are therefore home to many more contributions to the green economy than those measured in $ invested (as a proportion of GDP), or by sales or new patents.

Diversity in innovation can lead to a wider, more profound green transformation

It is this diversity of forms of innovation – often neglected in green economy debates – that moves the simplistic idea of a ‘clean energy race’ towards possibilities for a wider and more profound transformation.

Such green transformations will require widespread experimentation, learning and innovation beyond the dominant trajectories, often reinforced by incumbent interests. The STEPS Centre’s New Manifesto on innovation, sustainability and development governments and the international community argues that much more attention should be paid to diversity, not only in strategic investments but also through policies that protect creative experimentation in diverse niches.

The BRICS have a key role to play in the global search for green transformations.  They are already producing leading firms in some of the core green economy sectors that are emerging across the world.  But, they also provide a wider diversity of technologies, new forms of organisation and new ways of living that together offer opportunities for greener and fairer futures.

Beyond single-track races, the emergence of the BRICS offers the opportunity for a broadening out of potential pathways to sustainability, not only following the trajectories of the leading (Western) multinationals but also fostering wider transformations by enabling important alternatives to flourish.

Dr Adrian Ely is Head of Impact and Engagement at the STEPS Centre, and is a lecturer with the  Science and Technology Policy Research Unit (SPRU) at the University of Sussex.