A decade ago, biotechnology was being hyped as the next big thing. Building on the successes of the IT sector, BT (biotech) was, it was argued, going to provide a platform for growth, innovation, job creation and more. So what happened next? 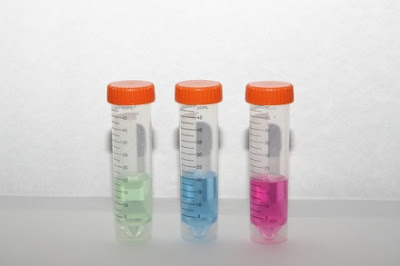 A recent seminar jointly convened by the Centre for Public Policy at the Indian Institute of Management in Bangalore, the Association for Biotechnology Led Enterprises and the STEPS Centre, and supported by UKIERI, explored this question.

Certainly the hype around biotechnology has not gone away. The Karnataka State Government’s website proclaims:

“Karnataka has emerged as an undisputed investment destination for investors worldwide, offering vast business opportunities across sectors….Its capital, Bangalore, now a global brand has the largest biotechnology cluster in India, aptly named as Biotech Capital of India. Bangalore has sky-rocketed into the new millennium. A pulsating megapolis, a haven to IT-BT and Fortune -500 companies and today the world’s most preferred investment destination”.

But what are the realities behind the spin?

At the seminar, Ian Scoones (STEPS Centre) reflected on some of the changes over the past decade since he carried out research on the emerging biotech sector. Across India the sector has certainly grown. According to the Biospectrum-ABLE survey of 2011, it crossed the $4bn revenue mark. But it did not grow as fast as expected, nor create as many jobs. The ‘big hit’ patents promised a decade ago as part of the pipelines of the start-ups did not materialise, and regulatory challenges have continued to plague the industry.

That said, some important successes have been recorded. Biocon, the flagship biotech company in Bangalore led by Kiran Muzumdar Shaw, has gone from strength to strength. A massively oversubscribed flotation in 2004, has led to year on year growth since. Overall, the biotech sector has grown around 20% each year: an impressive achievement, even through the global downturn of the late 2000s. A comparison of the ‘top 15’ companies (see slide 11 of Ian Scoones’ presentation) by total revenue in the sector in 2003-04 and 2010-11 shows a new dominance of home-grown companies. A noticeable trend has been the growth of the agri-biotech sector. A decade ago, Bt cotton was formally released by Monsanto-Mayhco, and has since expanded on a massive scale, with a whole array of companies taking on the proprietary genetics and incorporating it into their germplasm. The result is that in 2010-11, a third of the ‘top 15’ biotech companies in India are trading Bt cotton.

However, with a few exceptions (perhaps only Biocon, Serum Institute and Panacea Biotec), most biotech companies remain small, dependent on external alliances, and in the case of agri-biotech almost completely reliant on Monsanto’s Bt technology. So what happened to the discovery and innovation model that was touted in 2002, whereby local companies would grow on the basis of new technologies, fostered through R and D investment? This has happened in important areas, including a range of vaccines, some important pipeline drug molecules currently being tested and a locally developed Bt crop application. However, the really big breakthroughs have not emerged. As Vijay Chandru (Strand Life Sciences and ABLE) put it “There has been no second Biocon”.

Why is this? Is the Bangalore biotech innovation system somehow deficient, or is this a normal pattern, reflected elsewhere in the world? The seminar discussion reflected on this. Certainly in the US, the biotech sector is dominated by a few big companies, with many others supporting these in a highly dynamic, fast-turnover setting. Technology clusters are supposed to be the drivers of growth, drawing on geographical synergies, links to academic establishments and strategic state investments. Has this happened in India? In India, clusters have emerged – in Bangalore, Hyderabad, Mumbai, Pune and elsewhere – but how dynamic have they been? Participants at the seminar suggested that it is taking time for such clusters to mature, and that distinct comparative advantages are only now being found. There were mixed views on the benefits of competition between clusters – say between Bangalore and Hyderabad – and a sense that the full advantage of proximity to top-rank scientific institutions was not being realised.

Indeed, one of the big selling points of Bangalore as a biotech destination has always been the presence of the prestigious Indian Institute of Science and the National Centre for Biological Sciences, along with whole host of engineering and technology colleges. Top flight scientific expertise in the biological, information and engineering sciences should, so the theory goes, result in greater innovation capacity. While moves have been made at IISc, NCBS and elsewhere to link basic science with commercial applications, this has only influenced the culture and practice of science in such institutions at the margins over the past decade, and the links between science and business remain weak.

And what about the application of science for development? With the science-business model being influenced by funding flows, patent ownership and market control, the opportunity of biotech businesses to develop technologies responding to the massive local needs of poverty, ill-health, poor environmental conditions, agrarian distress and so on remain structurally limited. The Prime Minister, Manmohan Singh, argued at the Indian Science Congress in January 2012 needs to begin “grappling with the challenges of poverty and development”. He continued:”It is said that science is often preoccupied with problems of the rich, ignoring the enormous and in many ways more challenging problems of the poor and the underprivileged”. Innovation, he argued, should be for social benefit, not just for profit.

These are fine words. They are often repeated in the Indian context where poverty and inequality continue to grow, while the GDP shows 7% (or more) growth rates. In India, there is a vast demand for low-cost, appropriate biotechnologies in India, and many of those at the ‘bottom of the pyramid’ can increasingly afford them. A growing middle class also has new demands – there are, it was noted, 50m diabetics in India. However, the current structure of the biotech industry, with some notable exceptions, cannot respond to these demands. The patents are held by the big companies, the financing is geared to northern markets, and the technological and business capacities are influenced by a US/European model.

So what new ‘inclusive’ innovations exist? As Ravi Kumar from XCyton explained, medical diagnostics is an important growth area, improving the effectiveness of public health responses, and reducing patient costs. The potentials of portable PCR kits for diagnostics in rural health care are significant, for example. Equally, as Vijay Chandru pointed out, there are growing potentials in the field of ‘biosimilars’ (off-patent generic biological compounds). Low cost production of important pharma products may well open up, Chirantan Chatterjee (IIM-B) explained, as hundreds of important products are released from patent restrictions in the next few years. The current innovator market in biologics is estimated to be around $270bn, with huge potentials for the development of low cost alternatives. According to the ABLE-PWC Vision 2020 Biopharma Strategy, following patent expiry, a potential global market of $40-50bn may emerge over the coming years, although numerous legal hurdles will be encountered. Maybe it is in this area where Indian biotech will really thrive. As Vijay Chandru observed, while ‘Brand India’ (and perhaps particularly Bangalore) is dominated by the IT sector, perhaps the greatest global contribution in the technology field over the past few decades has been the development and supply of low-cost generic drugs to the world.

How then can a more appropriately Indian biotech sector emerge? There has been much talk of state support and investment, the ‘midwifery’ that Peter Evans talks of. But has state support been well directed over the last decade? Most believe it hasn’t. The Bangalore Helix Biotech Park has been plagued by controversy, and has only just got off the ground. State support for early financing has improved, but what about the next-stage financing?, participants asked. In a complex industry like biotech, returns are often slow and uncertain. The parallels with IT and the software development successes of Infosys, Wipro and the rest are inappropriate, it was argued. While there has been renewed interest in ‘state capitalism’ because of the models of China and Brazil, Bangalore has long had a tradition of state support to emergent industries. The Dewan of Mysore, Ishmael Mizra, commented in 1926:

“We in Mysore have always been alive to the economic functions of government and have endeavoured, where there was any practical hope of success, to aid and encourage the growth and the starting of new enterprises by private capitalists and in special cases to undertake their complete management. The main objective has been, not merely to increase the wealth of the state, but to provide the technical ability and business acumen which form so important a part of the nation’s wealth”.

Biotech in Bangalore retains the hype and much of the hope of a decade ago. Today, however, commentators are more sanguine about the potentials. The sector is clearly thriving, but in a different way to what was envisaged. As Chirantan Chatterjee explained, more hybrid science-business models are emerging which switch between innovation/discovery and generics imitation/contract research. This may be a more realistic expectation, and one that can capture the potentials of biosimilars production, genomics-based diagnostics and more. However, direction of innovation remains a concern, as well as the diversity of applications and the distribution of benefits. The seminar concluded that much more could be done by states and the union government to build the industry, incentivise entrepreneurs, foster links with the diaspora, forge links between science, engineering and management training, protect and support emerging companies, and direct innovation towards the principles that the Prime Minister talks about – inclusivity, poverty reduction and sustainability.

Note: This post was first published on 24 February 2012 and edited on 27 February 2012 for accuracy, at the request of the author.